About. The Barry Rose Water Reclamation Facility (WRF) Expansion project includes an expansion of the current Barry Rose facility, decommissioning of the Longwood WRF, construction of a transfer lift station on the Longwood site and construction of a force main from Longwood to Barry Rose. The Texas Commission on Environmental Quality (TCEQ) rules require the initiation of engineering and financial planning to upgrade a water reclamation facility when the flows reach 75% of the plant capacity. Barry Rose is currently operating around 60% of its capacity. In 2016 a Preliminary Engineering Report began to determine the specific design parameters required for the plant expansion, including volume and biological loading.  Barry Rose will be expanded to an 8.5 MGD facility, which also accounts for the estimated transfer of flows from the Longwood WRF.  The expansion and consolidation project meets the TCEQ's goal of regionalization of wastewater treatment facilities as well as the City’s goal to decommission maintenance intensive aging City infrastructure.

Scope. The Barry Rose WRF Expansion increases the plant treatment capacity to 8.5 million gallons per day (MGD) from the currently permitted 3.1 MGD average daily flow (ADF) treatment capacity.   These flows include the estimated transfer of flows from the Longwood WRF which is rated at 2.5 MGD ADF.  A transfer lift station will be constructed on the Longwood site to transmit flows from Longwood through a proposed force main estimated at 25,000 linear feet to the expanded Barry Rose WRF. The Longwood plant will be decommissioned upon completion of these improvements.

The Barry Rose plant will be designed and constructed to operate using a technology new to the City known as membrane bioreactor (MBR) technology.  This treatment process utilizes membranes in conjunction with a biologic process to create an ultrafiltrated or high-quality effluent.  The footprint of this system is also smaller than conventional treatment processes.  Improvements to be constructed include a new influent lift station, headworks, a MBR bioreactor basin with four (4) trains, a chemical storage building, UV disinfection basin, two-story belt filter press dewatering facility, non-potable water system, and administration building.  Existing sludge storage tanks along with the clarifiers and oxidation ditch structures will be evaluated for re-use, and if not viable, demolished and new structures built. Other electrical, SCADA, yard piping, site security and building automation improvements are planned as well.

This project will be procured through the Construction Manager at Risk (CMAR) process. The original/base line schedule was projected using the design-bid-build process. 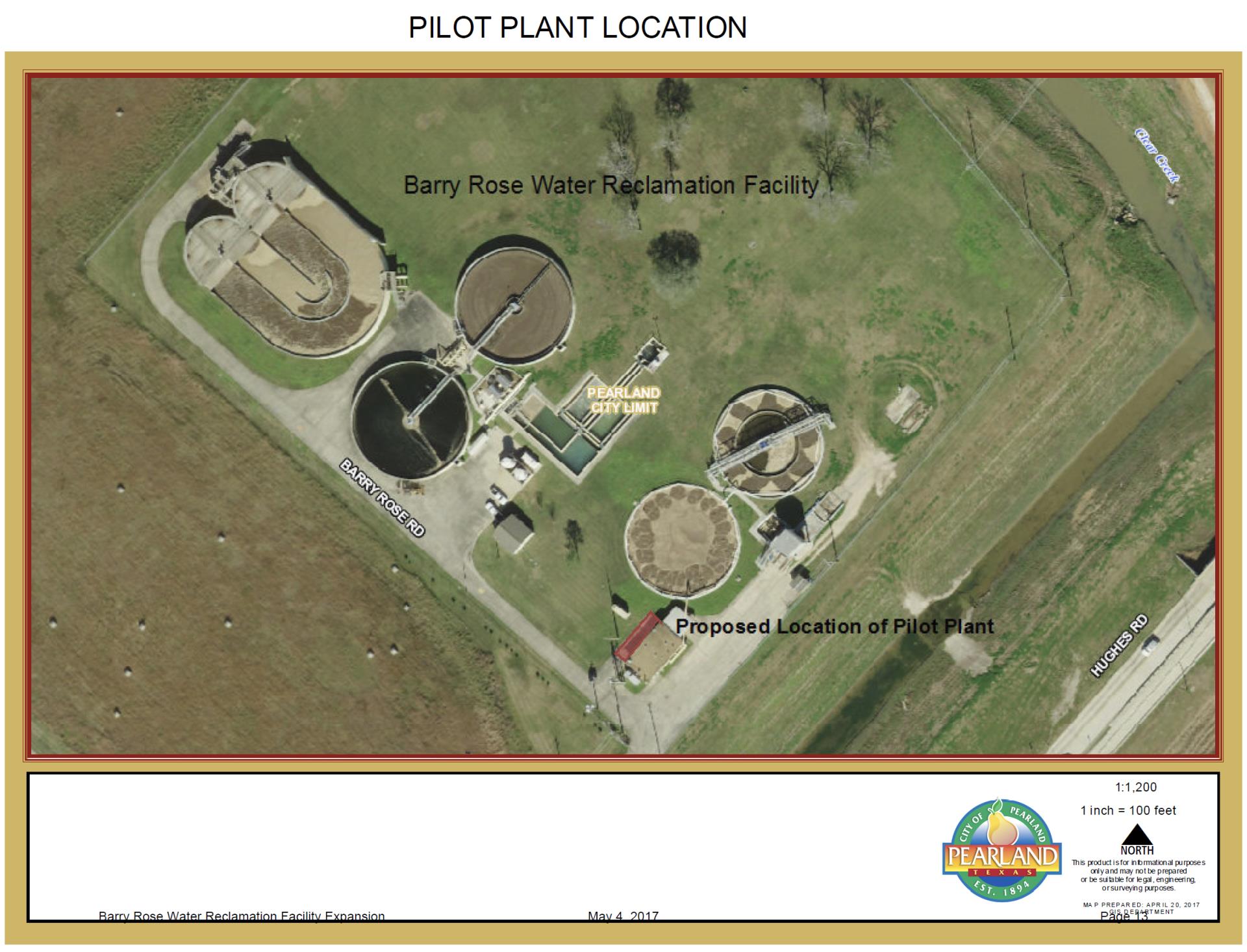