Parks projects include Phase II of the Trail Connectivity project to connect Centennial Park to Independence Park, the construction of the Max Road Sports Complex Phase I with six international-sized soccer fields, Shadow Creek Ranch Park Phase I, which will be a multipurpose sports complex, Centennial Park Phase II, which will include the demolition of existing soccer fields and the construction of two new lighted softball fields, installation of a new picnic pavilion, and additional parking. Also included is Phase I of Independence Park that includes playground and pavilion improvements, additional parking, an amphitheater, and the construction of a 7,000 square foot Nature Center. 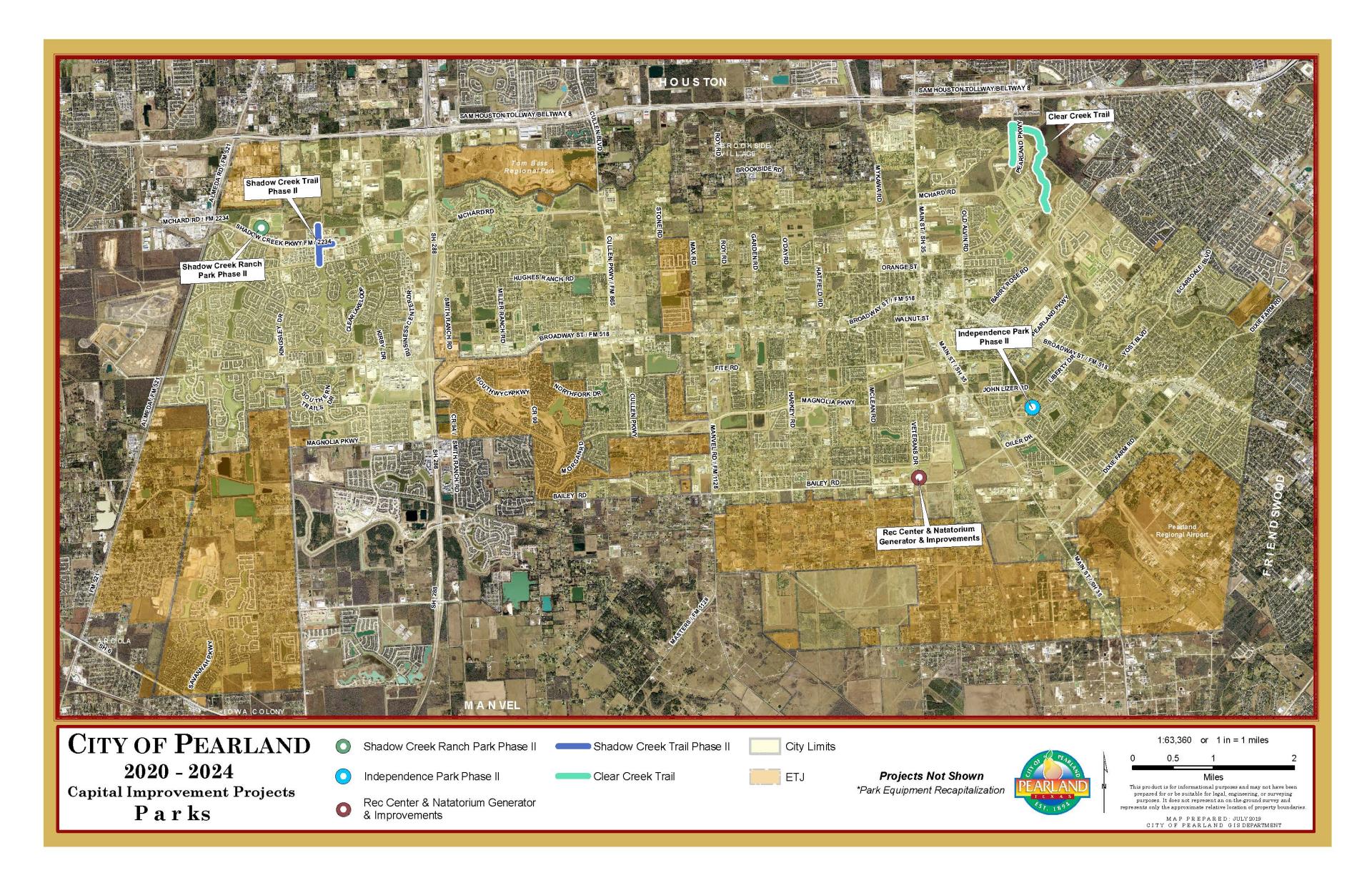 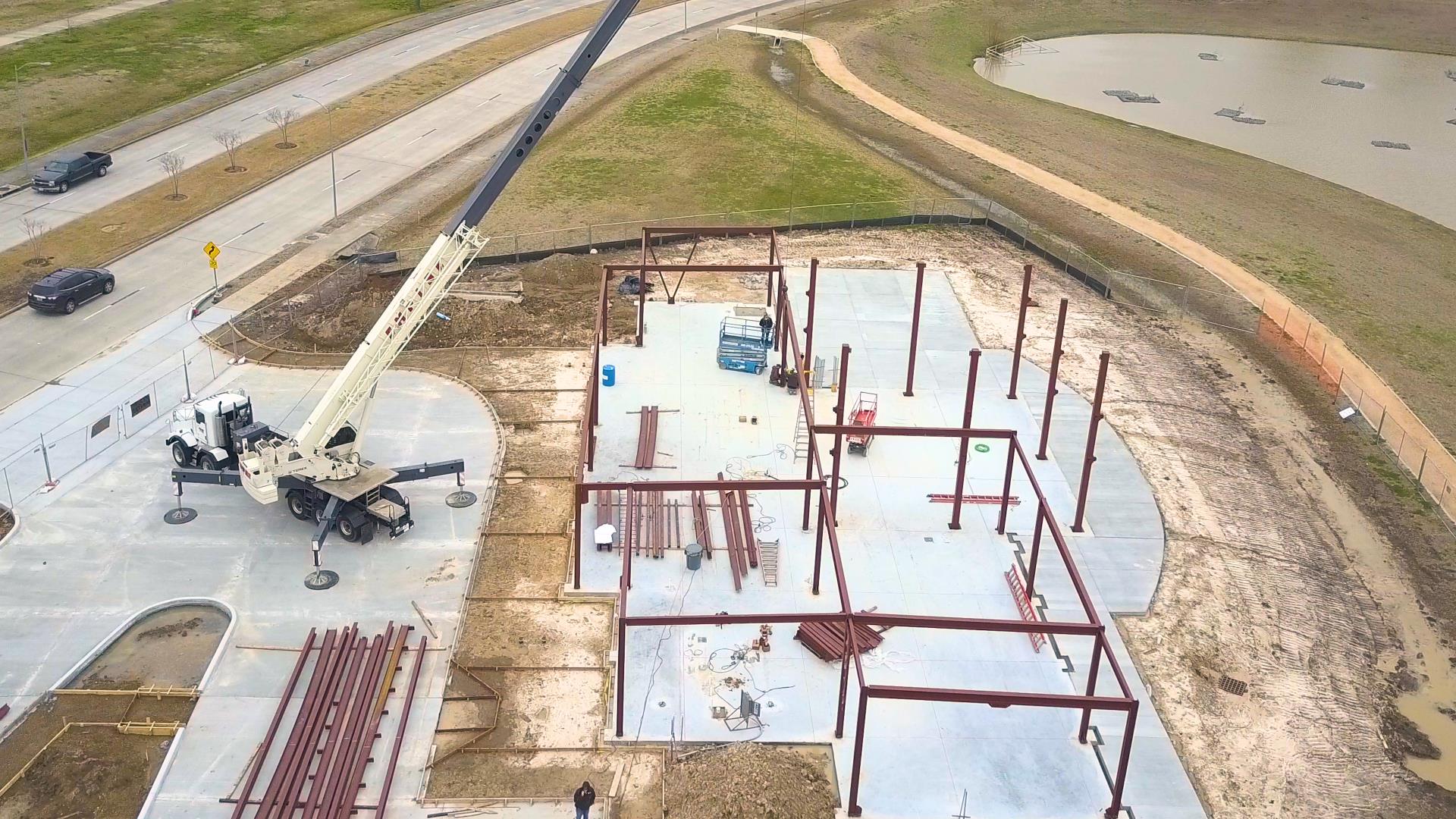 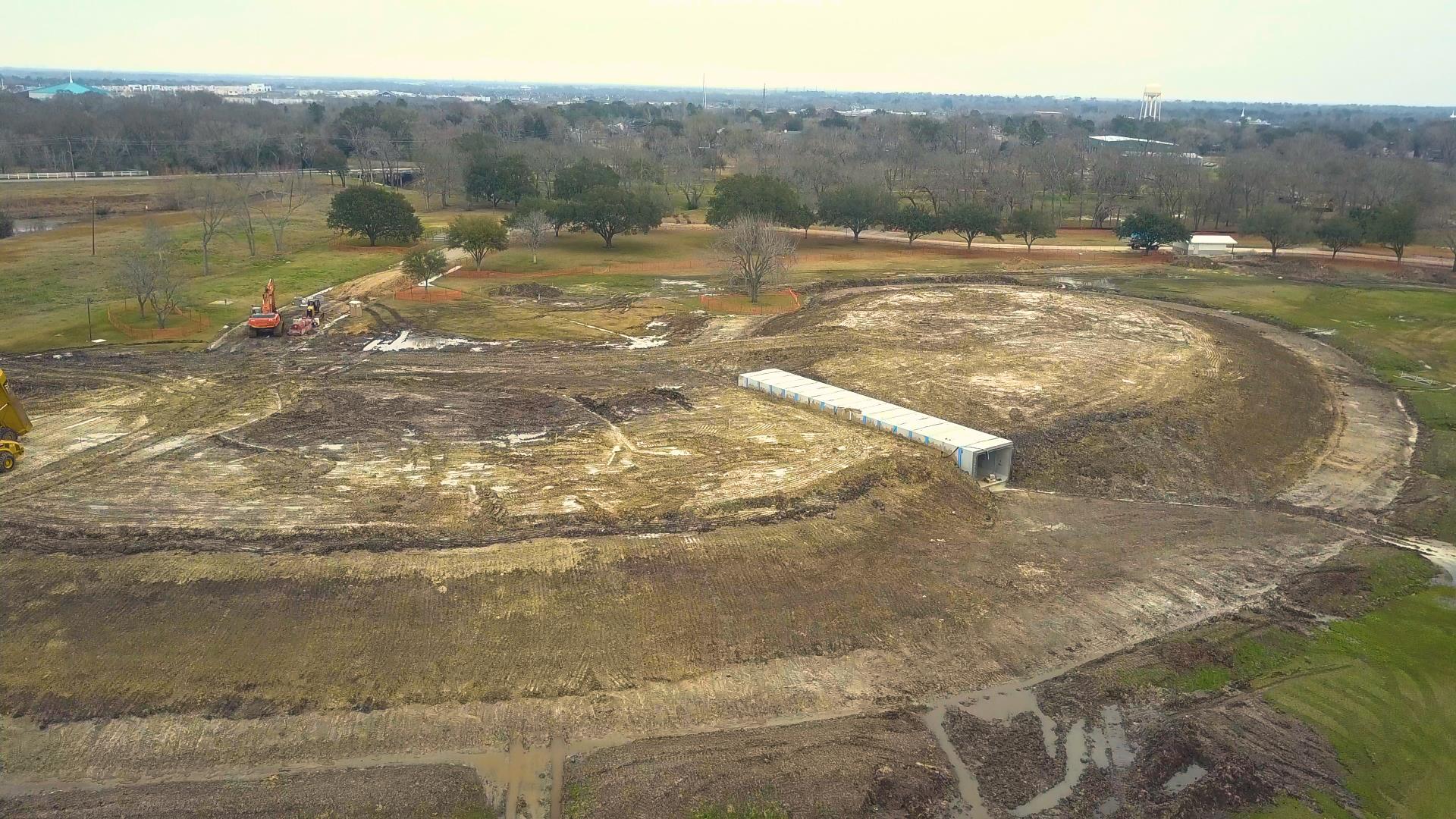 FYI: Brazoria Drainage District 4 is currently expanding Mary’s Creek at Independence Park in order to increase drainage. Due to the extent of work required, the north side of Independence Park will be closed until work is complete. The work is expected to be complete by Fall 2018. These modifications are necessary to stabilize the severely eroded banks of the channel and improve the conveyance of storm water during future flood events. This project, which is being implemented with the cooperation of the City of Pearland, is administered and overseen solely by Brazoria Drainage District 4. The drainage district has jurisdiction of waterways, and the extent of the ultimate easement. After Hurricane Harvey, most regional drainage or flood control districts realized the need for additional capacity in areas. With the density of homes in the area, the drainage district elected for the least invasive action to protect and preserve residents.