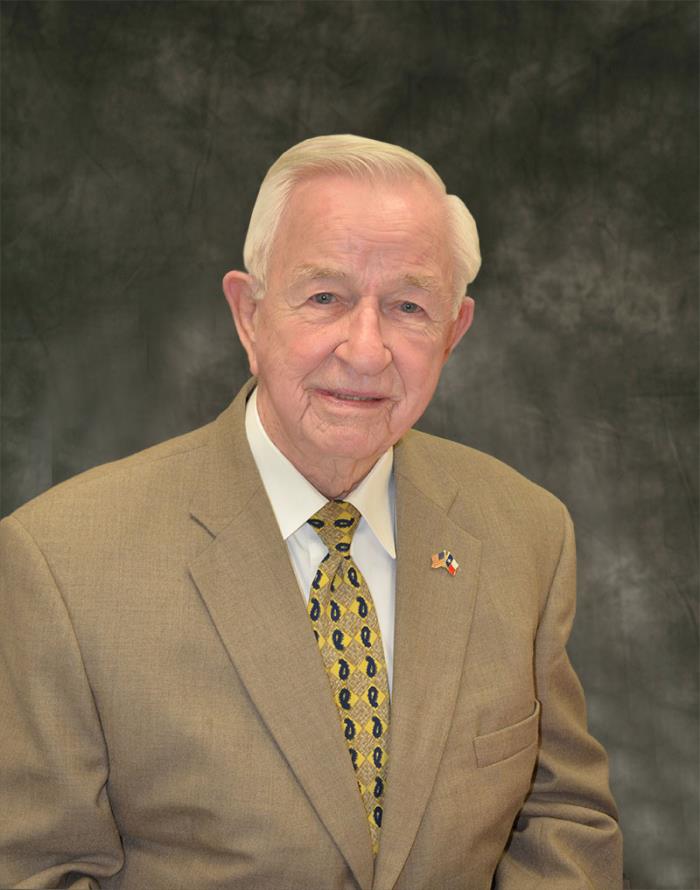 State of the City Presentations

His professional career includes scientific writing, underwater defense research for the Navy Department, and as a Junior Design Engineer with WKM Valve Manufacturing Company. He was hired by Rockwell International and worked at Johnson Space Center from 1965 to 1997. He supervised and managed complex projects with sizeable staffs and tight budgets on Gemini, Apollo, Apollo-Soyuz, Skylab, and Space Shuttle Programs, and spent the last 10 years at JSC in the Space Shuttle Program Office.

Mayor Reid is highly visible in community activities. He is a Board Member of Pearland Arts League, PISD District Education Improvement Committee, and Adult Reading Center. He is a member of the Gideon Society, Chamber of Commerce, C. F. Spencer Lodge, and many other community organizations. He is an Eagle Scout, Ordained Elder in the First Presbyterian Church, and is a 32 Degree Mason and a Shriner.

He has a history of regional participation and currently represents Pearland as a Board Member and Past President of the Houston-Galveston Area Council and the Texas Association of Regional Councils, and is Secretary of the H-GAC Transportation Policy Council. He is on the Executive Board of Bay Area Transportation Partnership and is a Vice President of the Economic Alliance of the Houston Port Region. He is also Chairman of the Pearland Development Authority, and the Pearland Area Citizens Corps.

Mayor Reid believes that regional partnerships on transportation, surface water, and air quality are essential to economic growth and quality of life for both Pearland and the Houston Gulf Coast area. He is working with local, regional, and state organizations and officials to make Pearland a quality city that will make us all proud to say we live in Pearland.
View Full Site